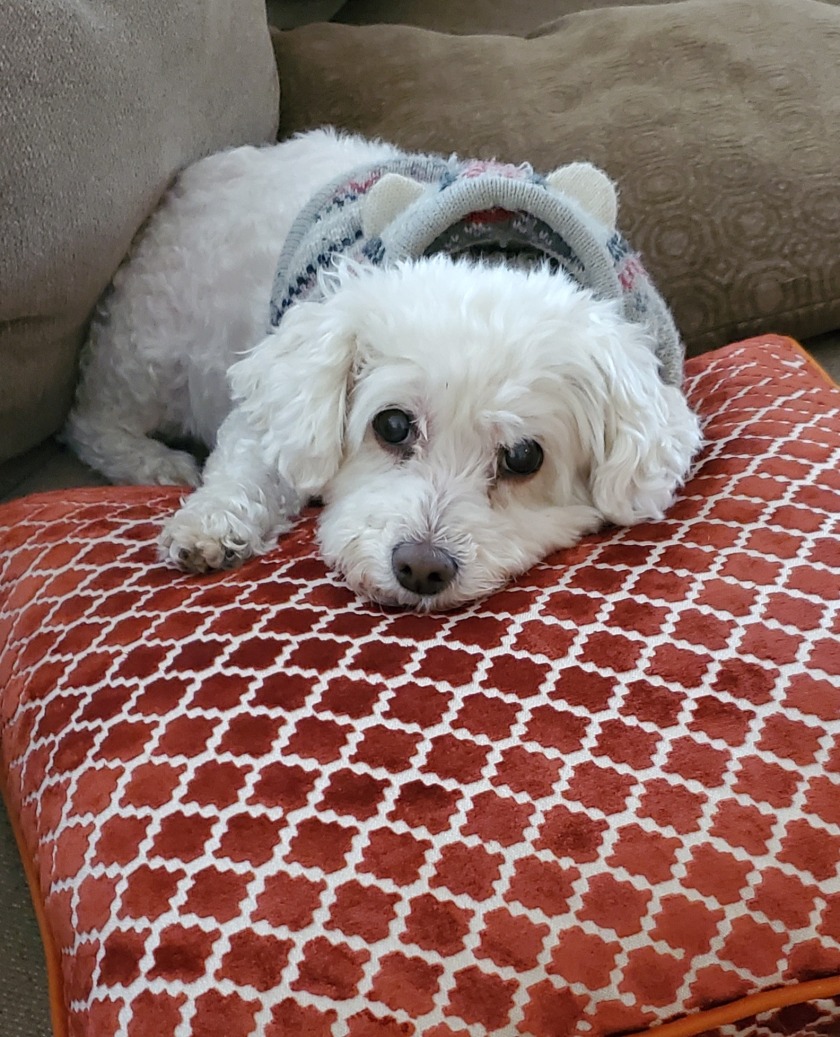 I never thought that I would ever write a piece like this; perhaps this comes with age, or maybe my heart has softened. Whatever it is, my heart is aching in a way that I never thought would be possible. When I was in my very early 20’s, I lost both of my parents; the pain of losing them, the grief is still there. Throughout the last several years, I lost many family members and friends.

I have seen suffering, pain, and despair, which was extremely difficult to deal with. Each loss has been traumatic and painful, but none of them had felt like the loss of my dear Malayka.

You see, Malayka is not just a dog; she was a dog who helped me to go through the times of aches when no one else was there. She was my companion, my friend; she was my family. We named her Malayka as that combined two distinct and very meaningful words for us. In Kiswahili, Malaika means angel and in Russian, Malytka, means little one.

This little bundle of happiness came to me as a birthday gift when she was only 20 weeks old. She came a few days before my birthday, on Halloween. I remember that evening, as I vociferated at my husband for “dragging his feet” as we were getting ready to take our son to “trick-or-treat” in the neighborhood, I saw him carrying a fluffy white bundle. I thought that he had purchased yet another soft toy-animal for our son. As he came to the dining area, he put this little white fluffiness on the floor; I saw this little white angel with a bit of black nose on a fluffy snout and big black eyes. My heart melted that very instance. As I approached her, she peed on my new floor as though she claimed that that was at her home.

Malayka was a miniature poodle; white, fluffy, soft as cotton. She was adorable. She was quickly trainable, learned how to tap a door when she needed to go out or was ready to come inside. She learned to ring a bell chime hanging on the doorknob. She quickly learned to recognize the mood in the house, especially mine. She knew when I was sad, upset, disappointed, in pain, or happy. She would adjust her behavior based on mine. She knew when I needed her. When I struggled with torturing migraines, she sensed it; she would lay down next to me, next to my head, as if she knew where it hurts. She knew all my secrets, and as a good friend, she never shared those with anyone. I don’t know if there is a way to describe the companionship, loyalty, and unconditional love I have received from this little fluffy dog. She was that friend who read a message without words.

I was blessed to be unconditionally loved by Malayka for 14 years and 9 months. Losing her yesterday left me feeling like a piece of my heart was chipped away and was dissolved somewhere to never come back.

I grew up in a village where we had all kinds of animals, including dogs and cats. I have never felt this much pain of losing a pet as I do now.

Thinking for a moment that she will not be with me to take me for walks, will not be there to sniff all the plants along the walkway path, will not be here to jump around in the field of seasoned dandelions, bring extreme sadness and feeling of emptiness.

Malayka was a mass of energy, of unending vibe in my house; she was vivacious and happy to the last days. She greeted everyone, whether it was a guest in our home or a stranger passing by, with cheerful barks and dancing around in circles celebrating everyone. Wagging her little tail, sniffing people’s shoes, and licking their feet. She welcomed everyone to our home regardless of their age. Malayka was a blessing in my life that I could never think was possible. Someone so close and dear. Losing her is hard to fathom, even though I knew it was happening.

This has been very difficult for our kids too. Our older son was only eight years old when Malayka joined our family. Seeing him sobbing and unable to say a word is something I have never seen before. Malayka has been a big part of his childhood memories. She was the first sibling he had, and he calls her his mischievous little sister.  Malayka helped us with raising our two younger kids as well. I remember how she was mesmerized by them when they were little sleeping in a crib, how she guarded them and rushed to me whenever there was a slight movement in the crib, as though telling me to be aware. She played with them and entertained them even when they pulled her ears and tail. She remained so gentle. We spend time preparing our kids that the inevitable would happen, that Malayka was aging and would eventually leave us. I thought I was ready. I felt that I faced enough loss and grief to be strong. But not with Malayka. She pierced that core of experience and made my heart as soft as her fluffy ears; she kissed and licked her way into the center of my heart and created a place for herself.

About four weeks before she died, she developed seizures. It was agonizing to see her go through that, but attacks reduced in intensity, and we hoped that we could manage and that she could overcome. Well, seizures were the slightest issue. Two weeks later, it was confirmed that she had congestive heart failure; within days, she rapidly declined, and it was evident to all that there are was no way for her to recover. We started her on Lasix, which helped to improve her breathing and reduced suffering, but it was temporary. She refused to eat, drink and became lethargic. When she was alert, she was staring at me as she was begging for me to let her go. I saw the pain and agony in her eyes as well as her love for me till the end.

Malayka peacefully died on 3/5/21, at 4:55 pm. There are no words for me to express how I feel. There is a mixture of emotions; I am angry at myself that perhaps I could have noticed her heart failure earlier, that maybe I didn’t give her enough of her favorite yogurt or peanut butter, that perhaps, I refused to walk with her when she asked me to, or I didn’t hug her enough to show her how much she meant to me. I am angry that pets have to suffer human diseases even though they are so vulnerable. The felt sorrow and emptiness in my heart remind me of the pain of losing my beloved parents. I never thought that a little fluffy dog could bring so much joy, happiness, and love into my life. I never thought that a dog could mean so much and be so much.

As we celebrate your 14 years and 9 months with us, our walks will not be the same, our morning coffee will never taste the same, and our family dinners will feel emptier. But, every time we gaze in the heavenly skies and enjoy the constellation of stars, we will remember the smiles you brought and the many times we squeezed your tiny furry body. Thank you for all the happiness you bequeathed us; you will forever be Malayka Kerestesh Muchungu.